I have two generators, one of which I built, and one which was given to me. Both have some sort of military heritage, one more so than the other.

This generator project was started in 2003. I was 19 years old, a freshman in college at the time. I was searching for a project, something interesting to spend my time on… 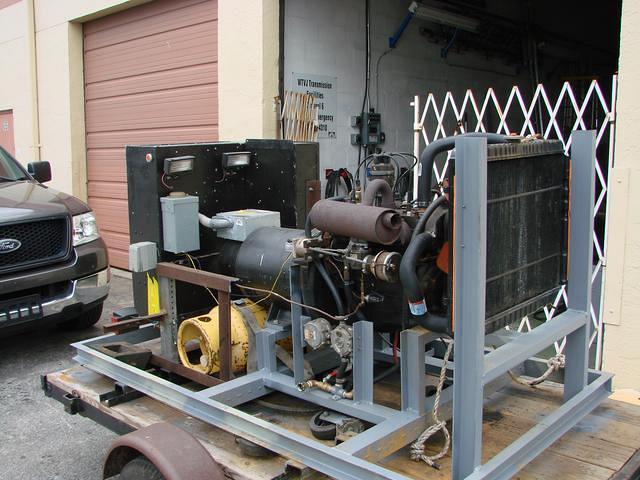 The Burrus Special generator, as it exists today

So I started driving around, looking for old cars, or old equipment willing to give up an engine. Then I found it. A 1962 Clark Clipper forklift. It was a small, 2000lb capacity forklift, long past its prime, but it contained a Continental Y112 engine. Covered in rat droppings. The forklift was located in front of Orlando recycling. Orlando was (and still is, really) a Cuban immigrant, scrap dealer. 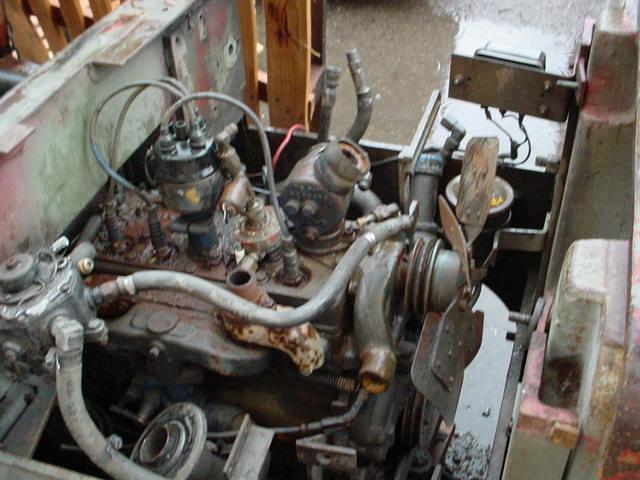 The engine, still in the forklift

I’m not sure how he got the forklift, he may not have been either, but he was willing to part with the engine, and that was fine with me. So I spent a very rainy Saturday outside, getting soaked removing the engine from it’s then eventual fate. Orlando and I had agreed on $100 for the engine. It was pretty comical, here I was a 19 year old kid, with a tiny aluminum tool box (that I made in high school metal shop) full of sockets, driving a 1994 Toyota Tercel (that burned a quart of oil a week), pulling an engine out of a forklift that was made before the Kennedy Assassination.  Orlando didn’t speak much english, but from what I was able to gather, he was so impressed by my work ethic, not taking smoking breaks (not that I smoked anyway), and working through the pouring rain, that he not only gave me the engine for free, but delivered it to my house.

As I did research, I learned more about the engine. It was a Continental Y112. A 4 cylinder, 112 cid (1.8L) flathead engine, whose deisgn had been around since before the 40’s. Infact, the first Jeep prototype by the American Bantam Car company used the Y112 (more correctly, the BY4112) in 1940. At 1800 RPM the engine develops around 28 horsepower.